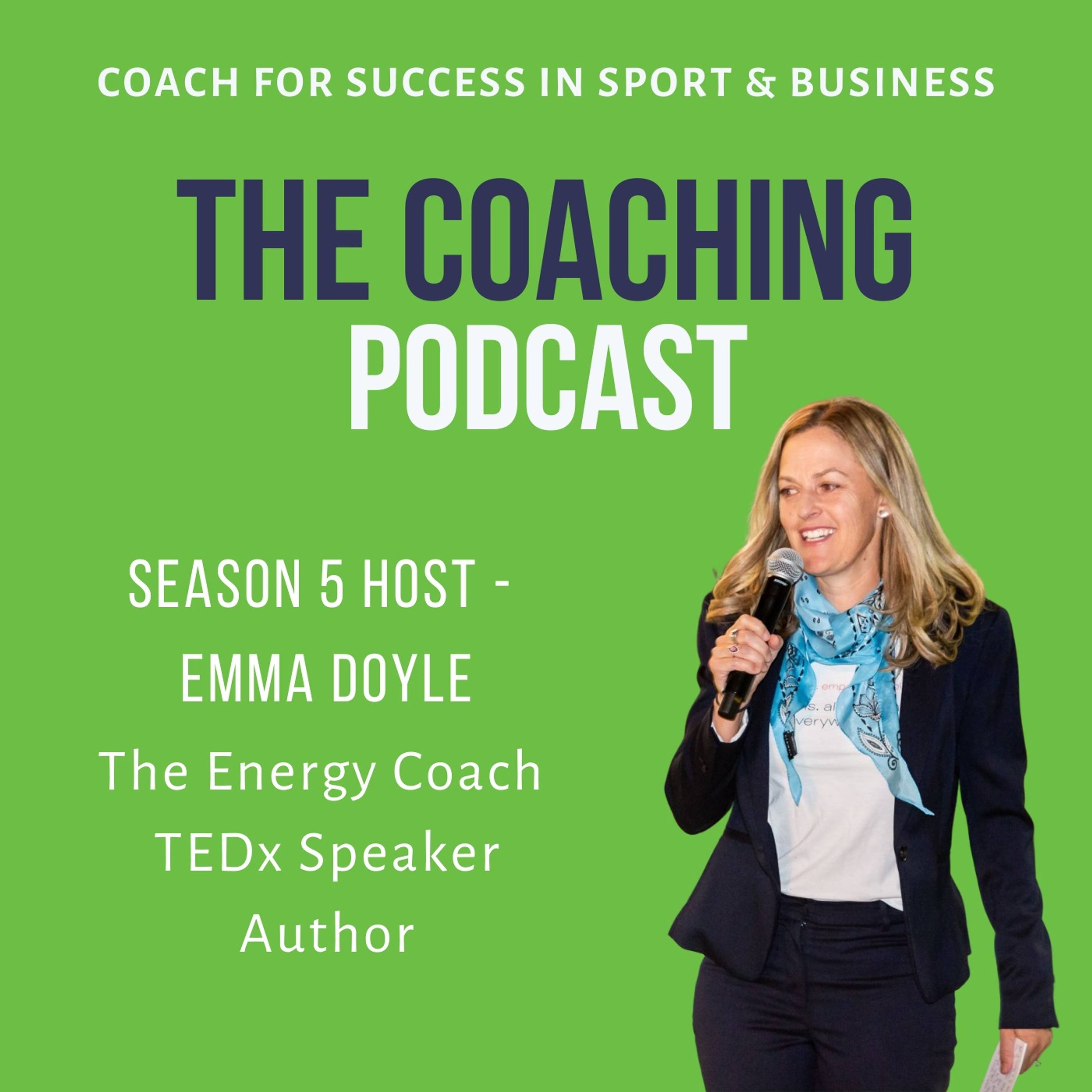 Welcome to The Coaching Podcast – Coaching for Success in Sport and Business. Your host is Emma Doyle - The Energy Coach and Activation Speaker who is a world leader in Unleashing Human Potential. Emma interviews...

Welcome to The Coaching Podcast – Coaching for Success in Sport and Business. Your host is Emma Doyle - The Energy Coach and Activation Speaker who is a world leader in Unleashing Human Potential. Emma interviews sports and business coaches from around the world discovering the answers to 'What Makes a Great Coach?' She asks the same five questions of every guest providing valuable insights into the parallels and differences between coaching in sport and business. Post the regular questions, the coaches chat about coaching, providing practical coaching tools for coaches and leaders to drive continuous improvement and coach for success whether it be in the board room, on a tennis court or on a sporting field.

Mark & Scott Draper - "There is only one type of failure, not giving it your all."

Emma Doyle interviews brothers, Mark and Scott Draper. Emma and Mark were the coaches for the Australian 2018 Junior Fed Cup and Davis Cup. Emma has always been inspired by both of the Draper brothers, as they are...
View Episode

This is our Festive Season special mini-episode with the one and only coaching legend, Nick Bollettieri. Emma Doyle interviews Nick during the Italian Coaches Conference Symposium where the Pope was the keynote...
View Episode

Emma Doyle has followed Louis Cayer's coaching methodologies and attended many of his lectures over the years. When jumped at the opportunity to interview him when they both presented in London at the Lawn Tennis...
View Episode

Mary Pat Faley and Emma Doyle share one thing in common - an abundance of energy and love for the sport of tennis that is contagious. Check out this week's episode on the coaching podcast to learn about: How to...
View Episode

Chuck Gill and Emma Doyle connected at the 2021 USPTA World Convention in Las Vegas. Emma has followed Chuck's career over the years and she has always been inspired by his humble leadership skills. Therefore, she...
View Episode

Roger Crawford - "Talent is not nearly as important as execution

Emma Doyle and Roger Crawford met during the Australian Open Tennis Conference and then again at the Tennis Congress event where Roger was the keynote speaker. This episode is full of great one-liners like: "Talent...
View Episode

Adam Blicher helped to re-earth The Coaching Podcast after a break of almost two years and we are very grateful for his support and encouragement to bring the show back. Adam interviewed Emma Doyle on his podcast...
View Episode

Ric Charlesworth - “What might seem impossible and unlikely but if we did it, it would make a big difference?”

Emma Doyle has long been a fan of Coach Ric Charlesworth after reading his book in her early coaching years called: The Coach - Managing for Success. Then in January of 2018, she had the pleasure of speaking at the...
View Episode

Emma Doyle had the pleasure of meeting a total young game-changer, in person, back in 2017 named Daniel Flynn. She was blown away and moved by his purpose for being on this planet. He reminds us all to find a mentor...
View Episode

Rohan Fisher - A great coach is someone who "listens, is holistic and has emotional intelligence"

Rohan Fisher and Emma Doyle met when they were in their early twenties (a long time ago)! They have connected on a coaching and friendship level every since. Rohan and Emma have spent time on the court together...
View Episode

What a treat you are in for today ... Emma Doyle first met Dr Mitch Hewitt when they were working as learning facilitators together for Tennis Australia. They instantly connected over coaching pedagogy, best practice...
View Episode

Diana Cutaia - How to coach for peace, not war

Simon interviews the Founder of Peace Consulting, Diana Cutaia. In this long-form chat and interview, Diana reveals how to coach for peace, not war. Diana Cutaia founded Coaching Peace in 2012, but the work started...
View Episode

Take control of your finances with this free 4-step guide.